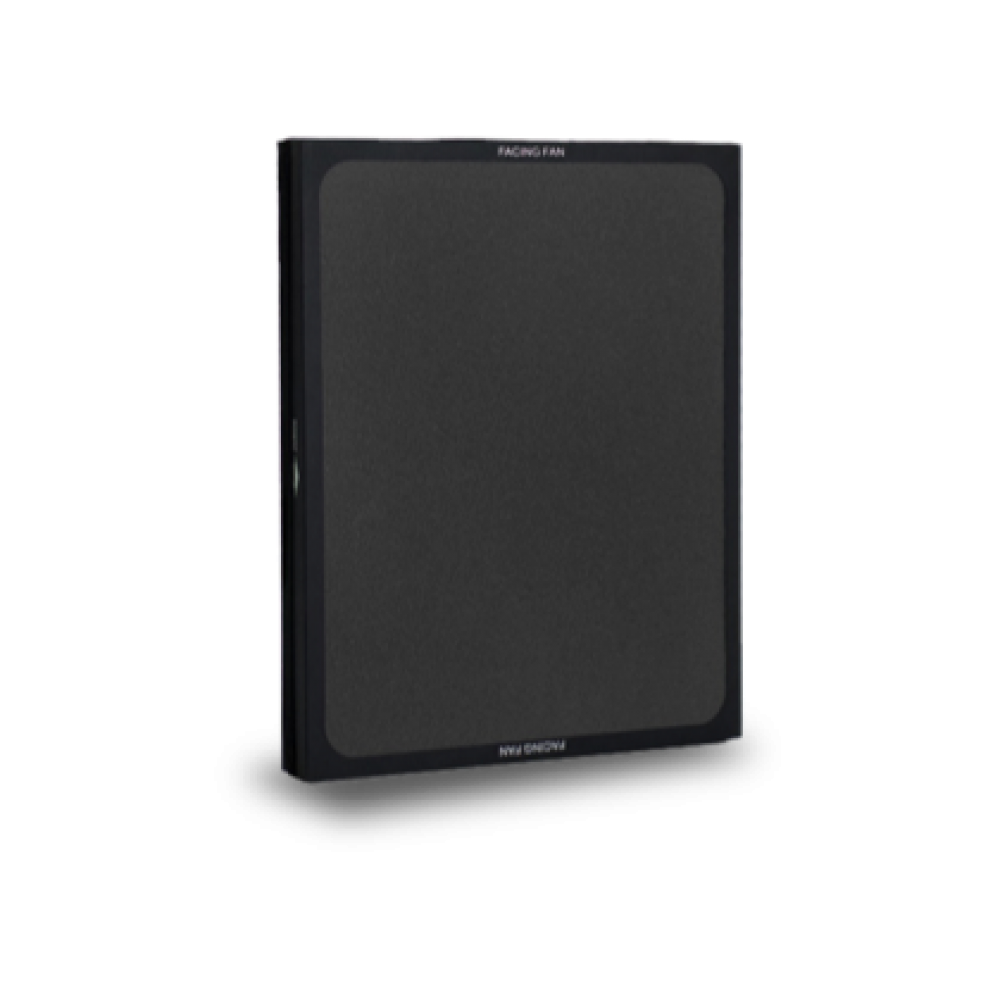 Particle filter with active carbon for use in rooms where removal of heavy gaseous pollutants, such as tobacco smoke or volatile organic compounds (VOCs), is required.

Blueair’s HEPASilent™ filtration process captures 99.97% of airborne particles down to 0.1 micron in size.

HEPASilent technology unites the best in electrostatic and mechanical filtration. Its revolutionary combination of advanced filter media and an encapsulated ion particle charging chamber ensures that your Blueair purifier delivers results far superior than either mechanical or electrostatic technology alone.

Airborne particles pass through a chamber of the Blueair air purifier to get electrically charged before passing through the gradient structure of our filters. The charge causes the polluted particles to adhere effortlessly to the filter media, capturing even fine particles such as tobacco smoke.

The gradient structure of Blueair filters traps particles of all sizes while maintaining maximum airflow. It resists clogging and won't re-release particles back into the air, even when the filter is heavily loaded. Blueair filter media is ultrasonically bonded to prevent filter fibers and other particles from being added back into your environment. The only thing that comes out of our filters is clean air!

Blueair SmokeStop™ filters have a highly porous structure made of activated carbon to trap gases and odors.

Blueair filters save energy thanks to its low dense design and the fact that less pressure is needed to push air through the filters. Our filters are also recyclable, so the only thing you’re adding back into the environment is clean air.

Due to the use of both electrostatic and mechanical filtration, the filter media in Blueair filters is less dense than comparable media. Lower density enables air to move through the filter at a lower pressure, so you get high performance with a whisper-silent delivery of clean air.