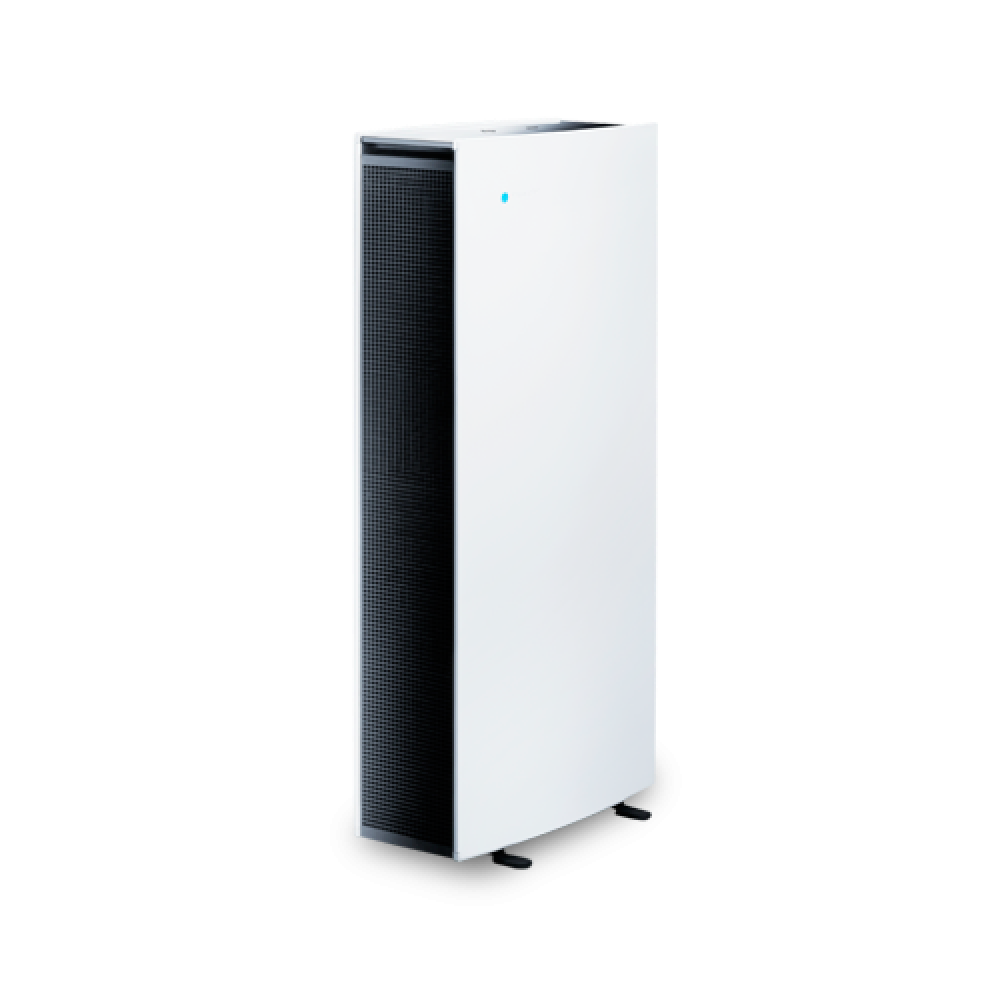 With a record breaking Clean Air Delivery Rate (CADR), the Pro XL can operate in rooms up to 1,180 square feet in size,. Delivering up to 900 cubic feet of clean air a minute, it's designed for open living spaces and work environments.

The Blueair Pro XL is our highest capacity air purifier for large rooms and workspaces. It provides more clean air than any other stand-alone air purifier and has a CADR (Clean Air Delivery Rate) that is guaranteed to make you and your colleagues feel better and more energized.

The Blueair Pro XL with the Particle Filter is the optimal choice for removing particle pollutants such as bacteria, viruses, pet dander, dust and pollen. Or use the Blueair Pro XL with our Blueair SmokeStop Filter to get rid of gaseous pollutants, for example Volatile Organic Compounds (VOCs, such as formaldehyde), tobacco smoke and particles. For extra protection against gaseous pollutants, use a Blueair Carbon+ Filter as an add-on filter with either the Blueair Pro Particle Filter or Blueair SmokeStop Filter.

Blueair HEPASilent removes virtually all airborne pollutants. Our HEPASilent Technology unites the best in electrostatic and mechanical filtration. Its revolutionary combination of advanced filter media and an encapsulated particle-charging chamber ensure that your Blueair purifier delivers results far superior than either mechanical or electrostatic technology alone.

The air purifier for large rooms and enhanced well-being

Create an environment where people can breathe healthier air – whether working alone or with others. Breathing clean air has a significantly positive effect on well-being. The Blueair Pro will protect you and your staff from the negative consequences of indoor air pollution, increase your energy levels, promote a clearer mental state and improve your circulation.

Intelligence is in the air

An intelligent air purifier, the Blueair Pro XL comes with the Blueair Air Intelligence Module. The module automatically tests particle and gas levels in your indoor air and adjusts the fan speed to maintain the optimal clean-air environment. To free up floor space, choose the optional Pro XL wall mount.